Published in the Proc. of the IEEE International Conference on Acoustics, Speech and Signal Processing (ICASSP), UK, 2019.

Outdoor recordings of speech are often corrupted by wind noise, which is difficult to reduce due to its high non-stationarity. In this work, a multi-channel wind noise reduction method is presented, based on a joint estimation of the speech and wind noise power spectral densities (PSDs). In contrast with existing approaches that assume uncorrelated wind noise, the estimation phase is performed exploiting the spatial characteristics of wind noise measured by closely-spaced microphones, here approximated by a fluid-dynamics model, termed the Corcos model. Recently developed closed-form estimators are exploited, i.e., the ones presented in [1] for dereverberation. The optimal solution of the joint estimation is obtained by minimizing the Frobenius norm of a composite error matrix, i.e., the difference of the noisy observations covariance matrix and its analytical model, where the spatial coherence matrix is defined by the Corcos model. An additional contribution is the employment of a frequency dependent trade-off parameter in the reduction phase, given by the ratio of the difference-signal power to the sum-signal power of a sub-set of two microphones, described in [2]. In particular, the latter is exploited to control the amount of noise reduction against speech distortion by means of a parametric multi-channel Wiener filter. The proposed approach can be also used to reduce mutually uncorrelated wind noise, replacing the spatial coherence matrix given by the Corcos model with an identity matrix. An evaluation in terms of speech quality and signal-to-noise ratio improvements shows increased performance of the proposed approach compared to an existing multi-channel wind noise reduction algorithm, i.e., a maximum-likelihood approach [3].

The following audio examples are the outcome of the experiment described in Section 5.2. The number of microphone used is four. The wind noise samples are generated by the simulation approach presented in [4] and mixed with two different speakers (one male and one female) at 0 dB of input SNR. The speech is kept in the end-fire position. The direction of arrival of the speech is assumed to be known. The wind noise contributions exhibit a spatial coherence approximated by the Corcos model with the following parameters:

The processing scheme are the following:

Note: Please use the Chrome or Safari browser for optimal audio/video synchronization. If you encounter playback problems, please reload the page. 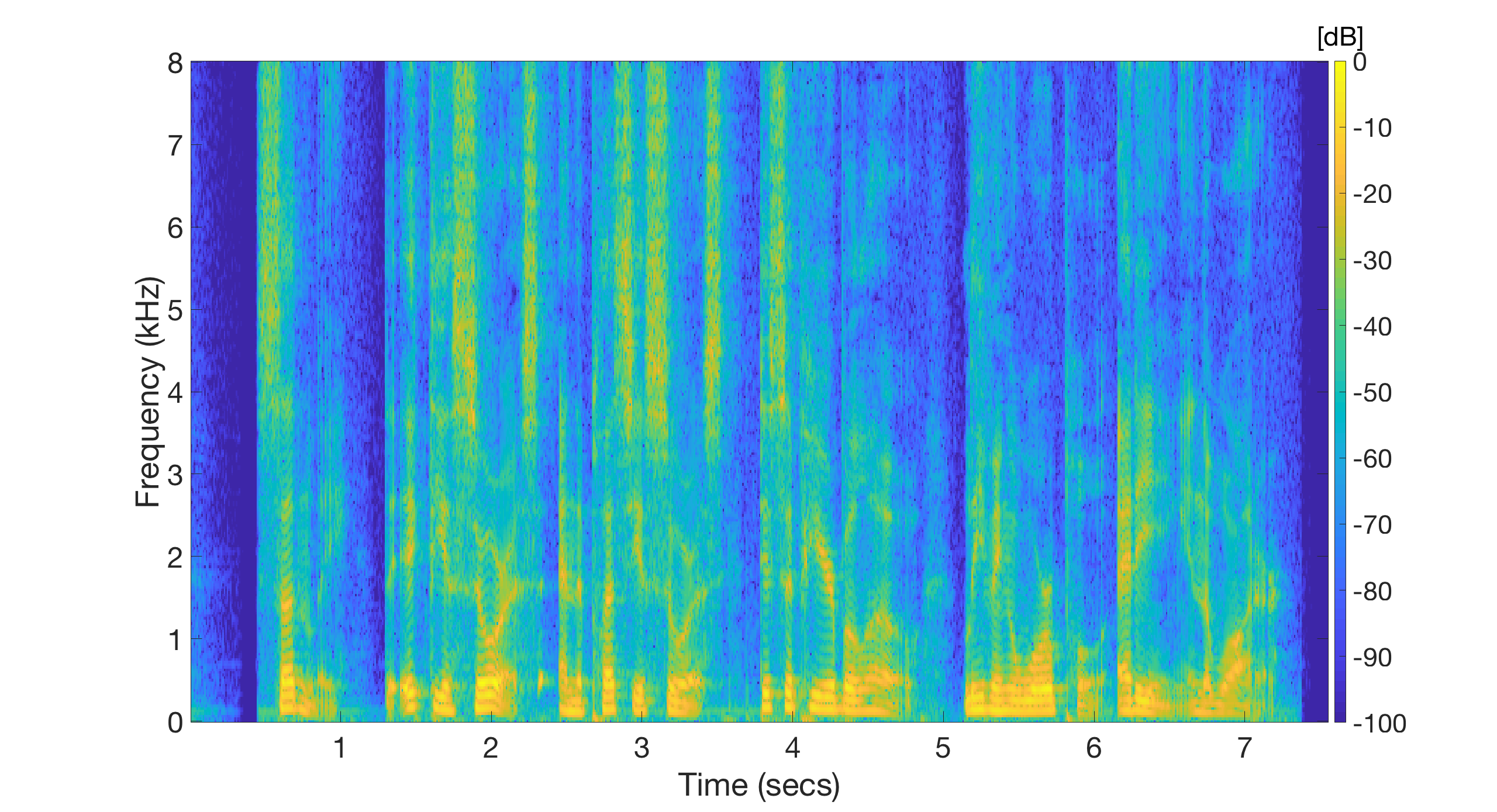 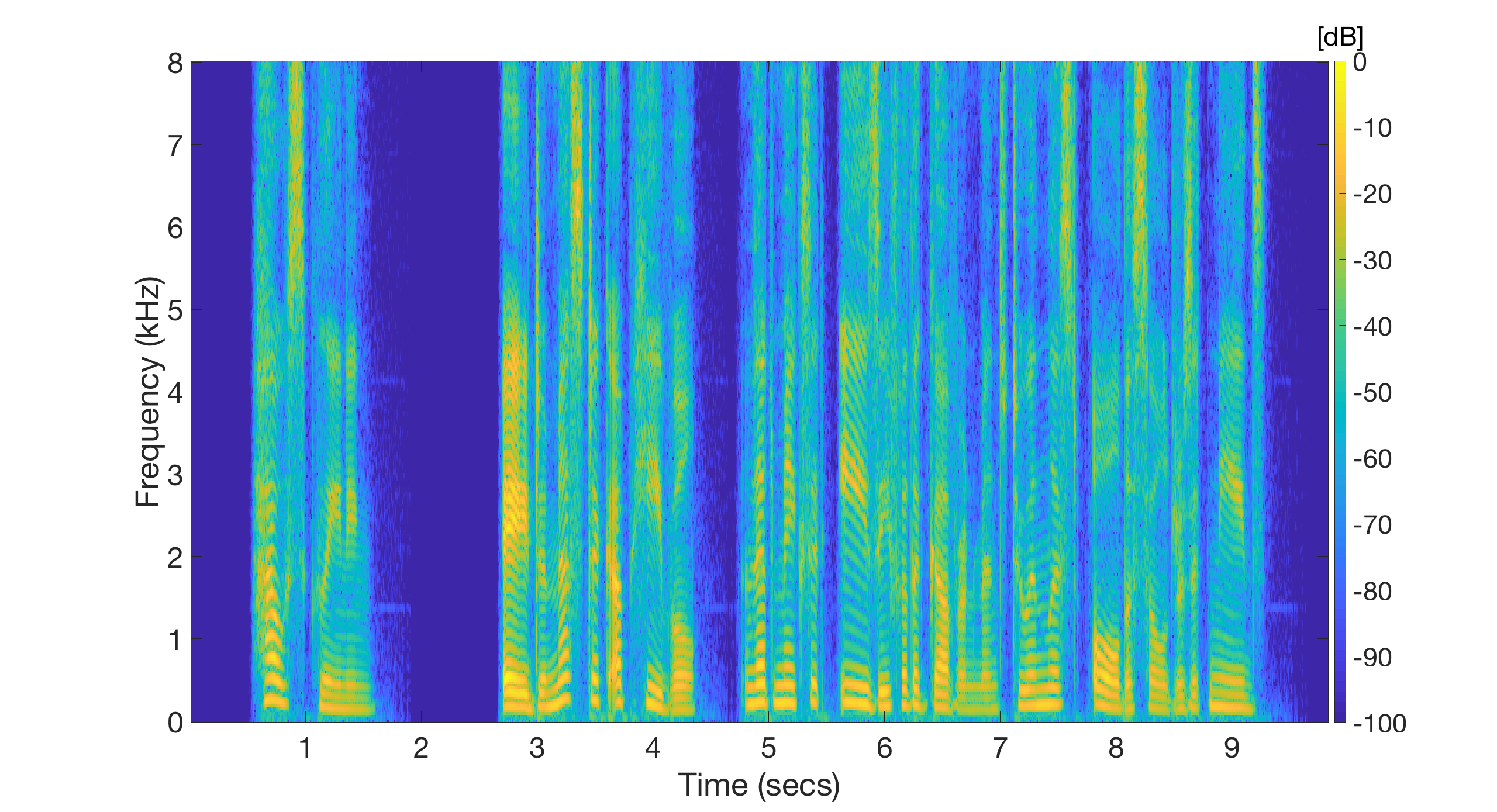 [2] D. Mirabilii and E. A. P. Habets, On the difference-to-sum power ratio of speech and wind noise based on the Corcos model, in Proc. IEEE Intl. Conf. on the Science of Electrical Engineering (ICSEE), 2018.