The International Audio Laboratories Erlangen (AudioLabs®) research center, founded in 2010, is unique worldwide in both its mission and international approach: A team of globally-renowned scientists is working to shape the future of audio and multimedia technologies in research areas such as audio coding, audio signal analysis and perceptual spatial audio signal processing.

AudioLabs is a joint institution of Fraunhofer IIS and Friedrich-Alexander-Universität Erlangen-Nürnberg (FAU). The University provides up to six professorship positions to the research center and guarantees the scientific integration into the academic environment. Fraunhofer IIS provided a budget to fund AudioLabs for an initial period of ten years. AudioLabs benefits from Fraunhofer IIS' extensive history and expertise in the field of audio and multimedia technologies. The close cooperation of both partners allows for a unique organization with competencies ranging from basic research and teaching to technology implementation in innovative multimedia systems.

AudioLabs is located on the premises of Fraunhofer IIS. Being in the vicinity of both the University and the Audio & Multimedia division of Fraunhofer IIS, this location enables close scientific collaboration in an ideal way. In addition, it allows for use of the modern infrastructure of Fraunhofer IIS including acoustics labs, recording studios or digital cinema labs. 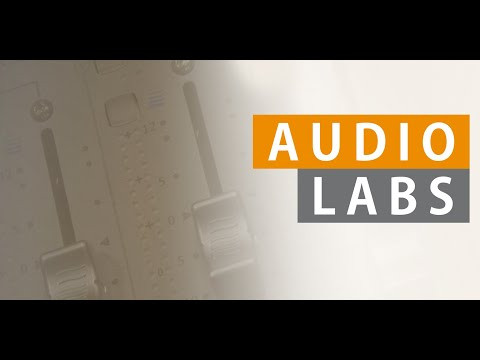 Playing back this video will transmit data to the service provider. To activate the video player, please press the button below. 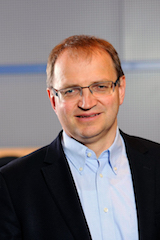 Prof. Dr. Bernhard Grill studied electrical engineering at Friedrich-Alexander-Universität (FAU) in Erlangen, near Nuremberg, Germany. From 1987 to 1995, he was involved in the development and implementation of audio coding techniques at Fraunhofer IIS. Together with Jürgen Herre and Ernst Eberlein, he was awarded the Joseph von Fraunhofer Prize in 1992 for his contributions to mp3 technology. In 2001, he took over the management of the Audio department at Fraunhofer IIS. That same year, he received the German Future Prize jointly with Karlheinz Brandenburg and Harald Popp for their role as inventors of the mp3 process. Today, Dr. Grill is Director of Fraunhofer IIS with a focus on audio and media technologies; he also heads the division of the same name. He is responsible for ensuring the successful refinement and commercial implementation of the audio coding processes and related technologies developed at Fraunhofer IIS. 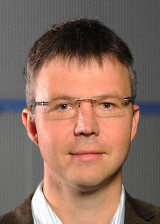 Frederik Nagel received his degree in mathematics and computer science from Leibniz University Hannover in 2003. Subsequently, he obtained a PhD in systems neuroscience from Center for Systems Neuroscience, Hannover in 2006. He authored and co-authored several articles in the field of emotion and music, bandwidth extension, audio coding and audio quality evaluation. After joining Fraunhofer IIS as post-doctoral researcher in 2007, he acted as the research coordinator in the International Audio Laboratories Erlangen from 2011 and led the Emerging Audio Research (EAR) group. In 2014, he was appointed to the head of department of AudioLabs-IIS.

Frederik Nagel has contributed to both, development and standardization of the MPEG Unified Speech and Audio Coder (USAC), MPEG-H, and 3GPP Enhanced Voice Services (EVS). As part of his participation in meetings of the ITU-R SG 6 WP6B and 6C, he was involved in standardization and revision and of listening test and audio-metadata formats. 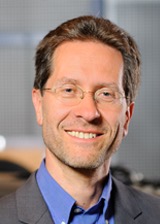 Jürgen Herre studied Electrical Engineering at the Friedrich-Alexander-University Erlangen-Nuremberg. In 1989 he started his research career at the Fraunhofer Institute for Integrated Circuits IIS, where he was and still is responsible for the development of audio coding algorithms like MPEG Layer-3 (mp3) and its numerous successors. In 1992 he received, together with Bernhard Grill and Ernst Eberlein, the »Joseph-von-Fraunhofer Award« for his contributions to the mp3 technology. In 1995 he obtained his PhD degree and joined Bell Laboratories for a PostDoc term working on MPEG-2 Advanced Audio Coding. Since 2000 he has been the chief scientist for audio and multimedia at Fraunhofer IIS, heading the development activities on MPEG-4 und MPEG-7 Audio, mp3 Surround, MPEG Surround and other innovations. In September 2010 he joined the international Audio Laboratories Erlangen as a professor in "Audio Coding".